Through the study of foreign languages learners understand and appreciate

different countries, cultures, people and communities.  As they do so they

begin to think of themselves as citizens of the world as well as of the United Kingdom. Through learning languages, learners are encouraged to open their hearts and minds to “otherness”.

All children from Reception to Year 6 enjoy French lessons that both develop their knowledge of France and its cultures and customs as well as to express their ideas in another language. Lessons are fun and invol 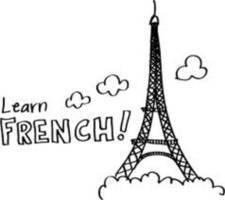 ve a great deal of spoken French, but children also develop their skills in writing as this becomes more appropriate.

Teachers are skilled in the delivery of French and have attended training in France over a number of years. In recent years we have hosted Gifted and Talented events for pupils from across Eden to share their languages learning. We have also worked with a number of local primary and secondary schools as part of the Excellence in Eden project which has involved pupils and teachers from Penruddock Primary School sharing good practice and delivering training for teachers and headteachers.